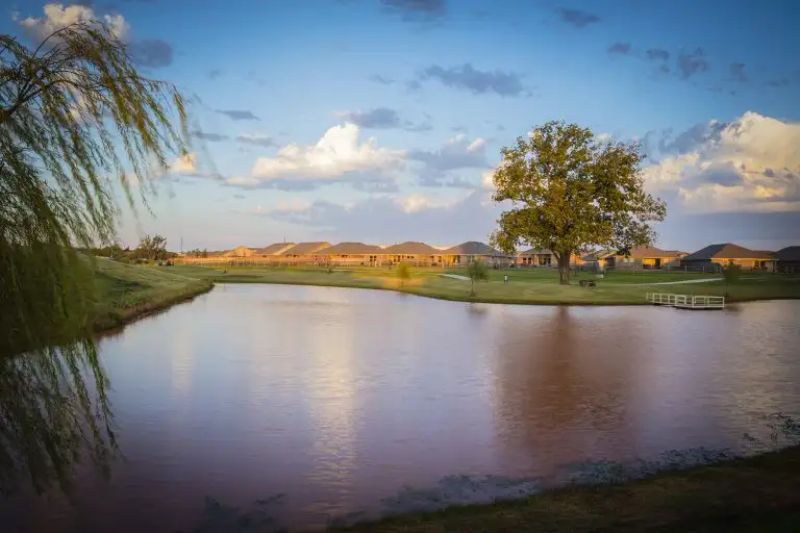 Oklahoma offers a multitude of opportunities and options for fishing – both in the ponds in the Ideal Homes & Neighborhoods communities and at nearby bodies of water. With over 200 lakes, rivers, and ponds, Oklahoma is is home to more than 40 documented species of fish. Our homeowners love fishing in the neighborhood ponds as the weather continues to become warmer!

Sunfish
By far the most common fish in the state, sunfish, can be found in pretty much every lake in Oklahoma. Not only abundant but also extremely catchable, sunfish are a great variety of fish for introducing children to the sport of fishing. Bluegill, redear and green sunfish can all be found in this state. Late spring is the best time to fish for this species, especially when using worms along shallow shorelines in areas protected from wind and boat traffic.

Trout
Fun to catch and great to eat, two species of trout, brown and rainbow, have been introduced to Oklahoma by the Oklahoma Department of Wildlife Conservation. The brown trout, identified by the orange and red spots on their sides, are periodically stocked in just two locations: the Illinois River below Lake Tenkiller and the Lower Mountain Fork River below Broken Bow Lake. Rainbow trout, known for their iridescent coloring and the black spots on their tails and fins, on the other hand are regularly stocked across the state at such locations as Lake Wayne Wallace in eastern Oklahoma and Lake Carl Etling in the Panhandle.

Catfish
Channel, flathead and blue catfish can be found in lakes, ponds and rivers across Oklahoma. The most abundant, channel, can be found from Lake Wister in eastern Oklahoma to the Fort Cobb Reservoir in the southwest. Flatheads populate most streams and large impoundments in the state, and blue catfish are plentiful in northeastern Oklahoma lakes.

Bass
An amazingly large variety of bass can be found across the state, but the most common are the striped, hybrids, smallmouth and largemouth. Some of the best striped bass fishing in the world can be found in the 89,000 acres of Lake Texoma, the striped hybrids are also abundant here but can also be found in the northwestern part of the state. Especially plentiful in shallow waters, smallmouth bass appear naturally in many eastern Oklahoma streams and tributaries. In comparison, largemouth bass are more abundant in the western part of the state.

Walleye
Introduced to Canton Lake and Lake Tenkiller in the 1950s, walleyes can now be found in most major lakes across the state. Identified by their spiny dorsal fins, they are most plentiful in lakes in southwestern Oklahoma.

Sauger and Saugeye
A unique species of the perch family, sauger are found primarily in the rivers of eastern Oklahoma. Not very abundant, they are considered a rare and rewarding treat when caught. Saugeye were created in Oklahoma fish hatcheries by crossing sauger with walleye. Both sauger and Saugeye are considered by many connoisseurs to be  some of the best-tasting freshwater fish in the USA.

Paddlefish
Also known as spoonbills, paddlefish are massive, primitive fish. In fact, they are one of the largest freshwater species in the country. Well adapted to living in rivers and lakes, they are frequently found in deeper, low-current areas like backwater lakes, side channels and tailwaters below dams. The Paddlefish Research and Processing Center, operated by the Oklahoma Department of Wildlife Conservation, collects important biological data and processes paddlefish that have been caught and salvages paddlefish eggs.

Illustrations and Additional Information
Illustrations of the fish listed above and of other species can be found here. While information about the individual waterways and bodies of water where specific varieties of fish can be caught are listed here. 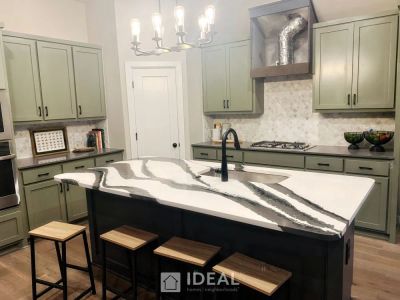 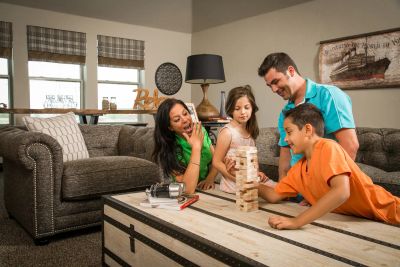 Five Ways to Enjoy This Valentine's Day at Home